HMS Maple, How Marple Swept the Seas in WW2

The latest news on the Marple Warship Week plaque is that in May 2017 Friends of the Park volunteer Ann Frazer has completed a fascinating video about the story of how it came to be in the park. In order to be allowed to use the archive footage from the IWM it was not permitted to include any commercial references, so in the film we were not able to thank again the specific individual businesses who helped us. However, full details of those businesses are included further down the page.

How the plaque ended up in the park 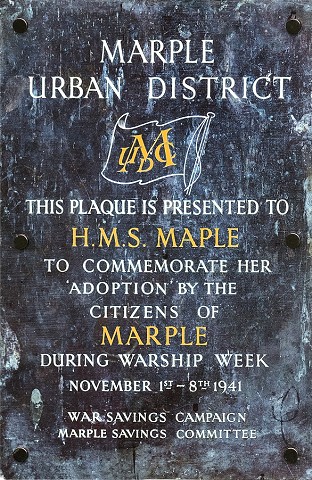 Towards the end of 2015 Friends of the Park were contacted by Marple Local History Society about an historic WW2 plaque that had been donated to their archives by a lady called Julie Clay. The plaque was made to commemorate the adoption of HMS Maple by the citizens of Marple after the community raised £75,000 during Warship Week in November 1941. Keen to put the plaque on public display, the society felt that Memorial Park was the perfect place and we certainly agreed with that too!

We'll probably never be sure how the plaque found its way back to Marple but we do know that Julie's uncle, Bernard Mifflin, aquired it somehow and it spent the last 30 years in his garden. It's likely that the plaque was removed from the ship when it was scrapped in 1956.

There is a page on MLHS's web site to explain in more detail the background and history of the plaque and HMS Maple. On this page we focus on the project to install it in the park and the fantastic community support that helped us to do it.

When we discussed the project with the council's Greenspace Team they took us to the ECO Centre at Adswood, where we found the perfect (but very heavy) piece of stone amongst a huge pile of dirty old reclaimed sandstone kerbs. The ECO Centre were happy to let us take it free of charge but the council delivery cost was going to be £120 +VAT to get it back to Marple.

At this point we spoke to Mike Atkinson at Marple Blasting Services, based at Wood Farm, who has helped us with projects in the park before. He agreed to transport the stone free of charge and as a huge bonus he also blast cleaned it and provided us with a stone sealing solution that will stop it going green in the future.

We sought the advice of retired Marple stone consultant John Western, who we first met during the Iron Bridge Restoration Project. John kindly lent us his grinding tools so that we could flatten off an area of the stone to mount the plaque on.

We spoke to Tony Grimes at Benring Consultants, a specialist epoxy resin formulator, who has also helped us before. Tony donated a two-part epoxy resin adhesive cartridge system free of charge and also loaned us a dual cartridge application gun. The epoxy resin was used to bond the plaque to the stone and also to bond the fixing screw covers so that they won't come off. 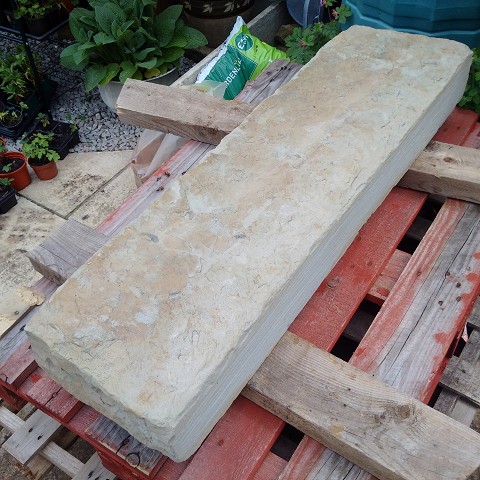 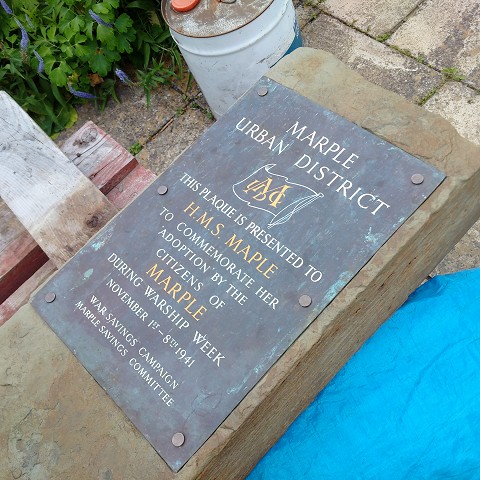 Above: the stone after cleaning and delivery and after the plaque was fitted.

Once the plaque was permanently fixed to the stone and sealing solution applied we engaged Marple builder GT Landscapes and Construction to install the plaque in the park. They transported and installed the stone free of charge, using bags of postcrete also donated free of charge by local freelance gardener Adrian Ellis.

Thanks to all this great free community support the cost to get the plaque installed in the park has been minimal. The only significant cost has been the new stainless steel plaque (£86) that explains how the WW2 plaque came to be in the park and provides a link to the Marple Local History Society web site for anyone who wants to learn more about its story. This and other minor fixings and tools have been covered by a generous donation of £100 from History Society member Ian Bradshaw. 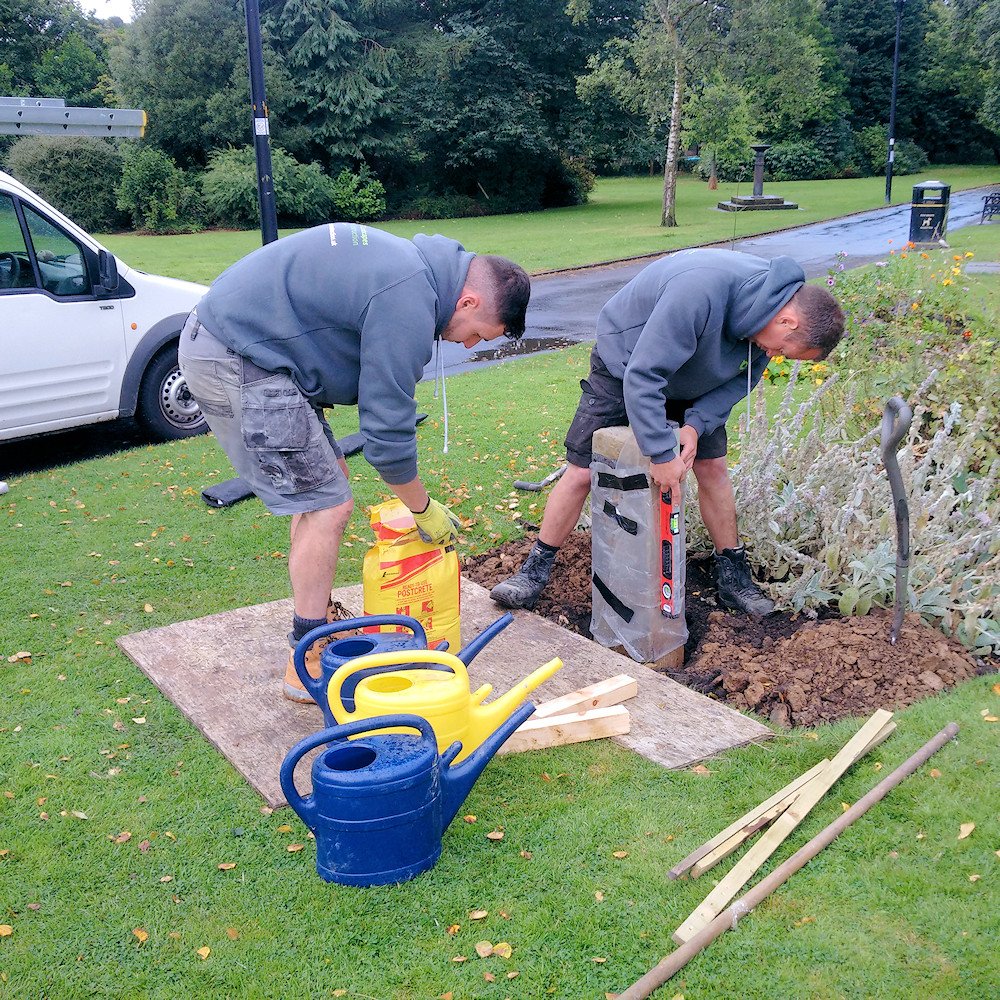 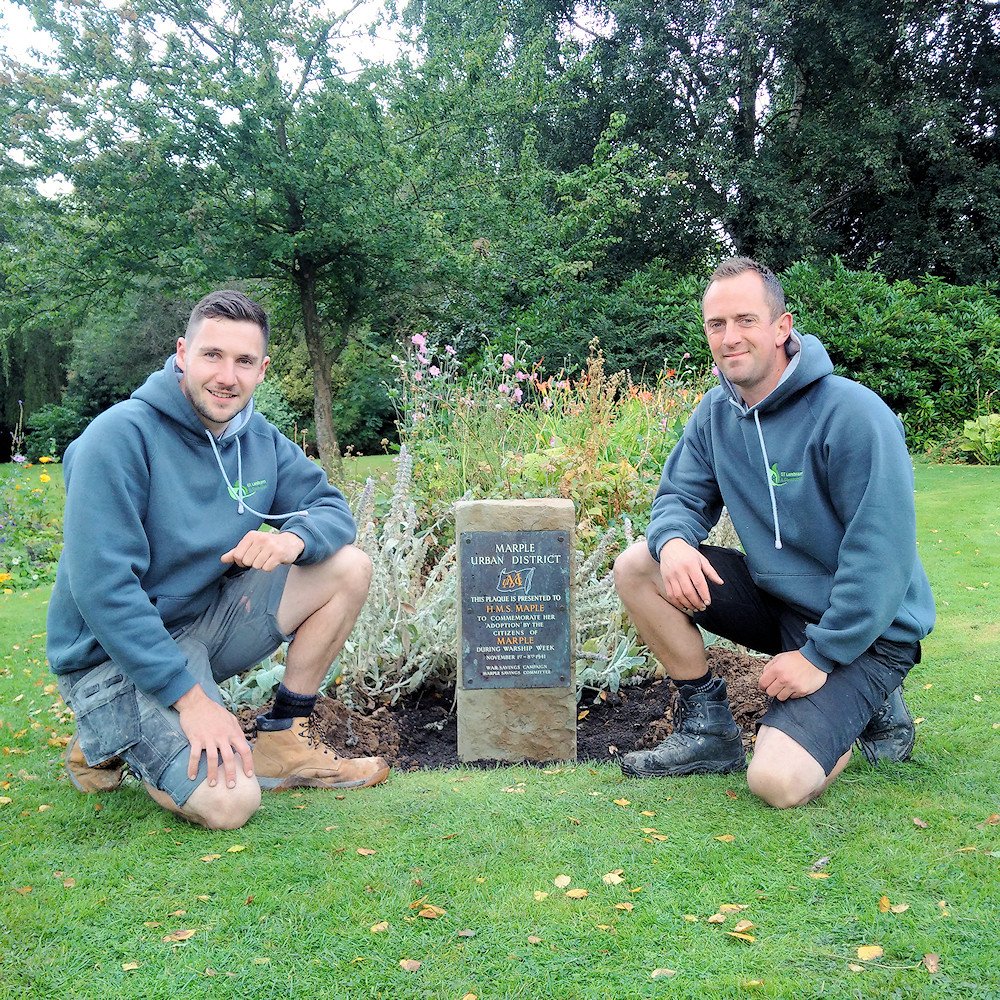 After the stone was installed we had a photoshoot with Julie Clay and Marple Local History Society Chairman Hilary Atkinson. Thank you to Arthur M Procter for taking these photos. 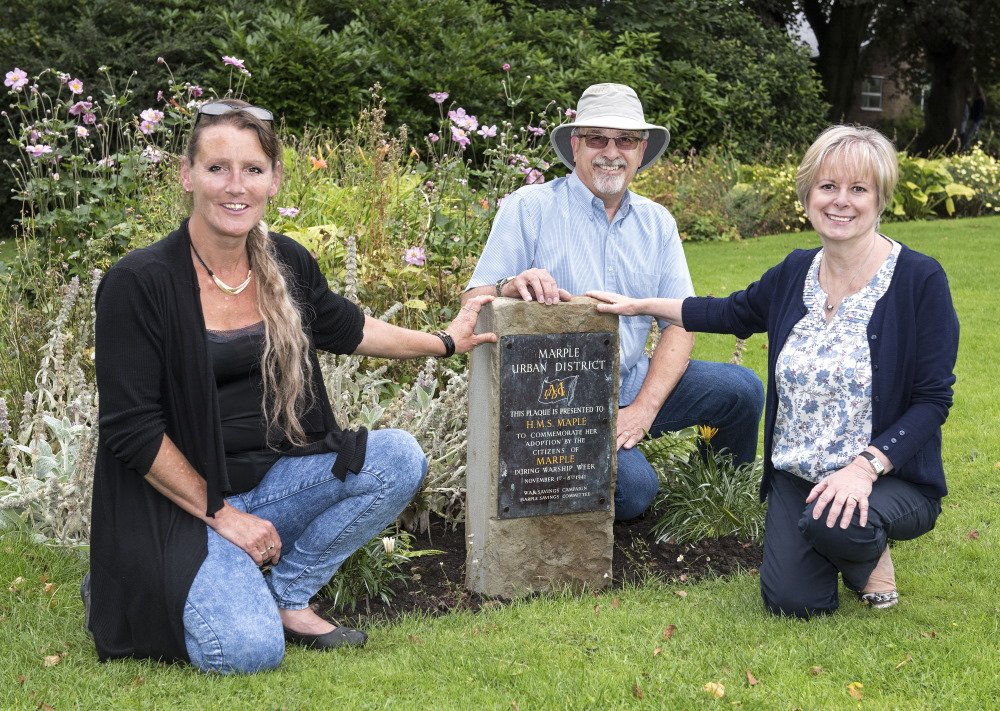 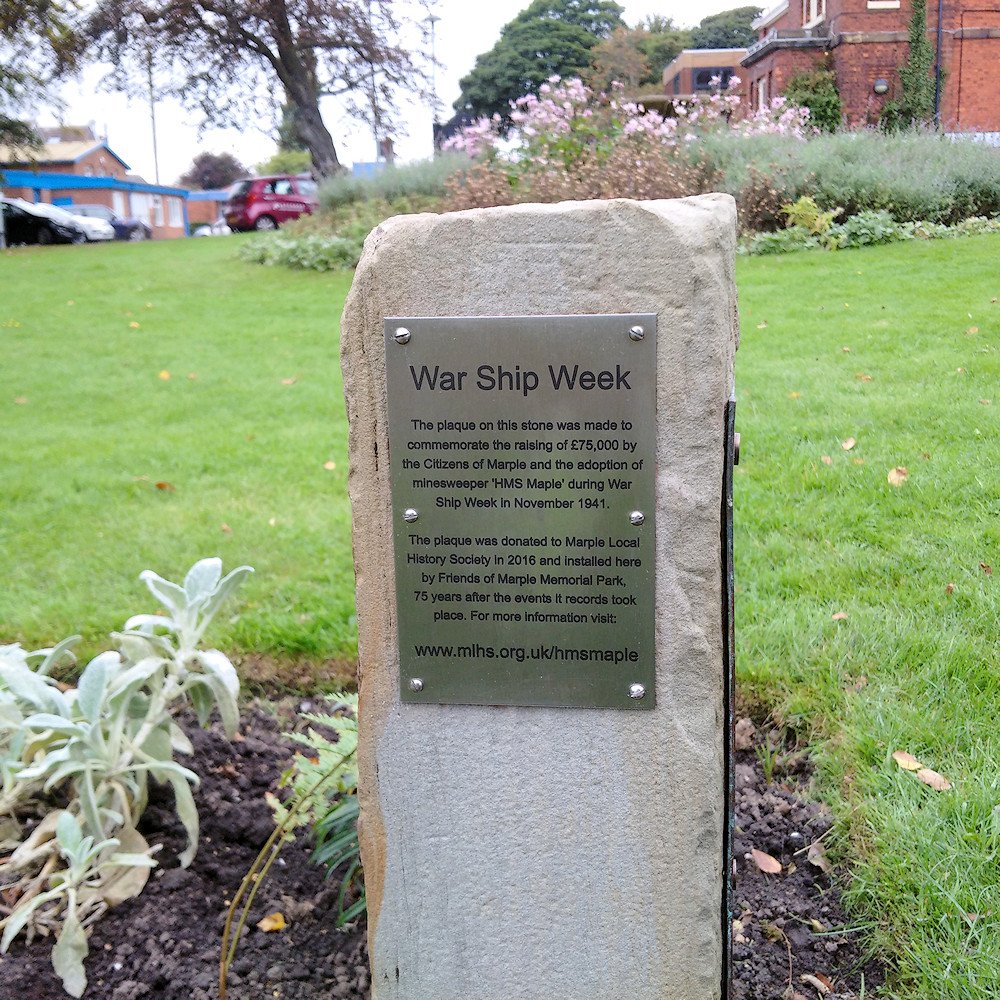